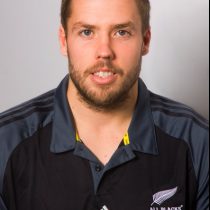 One of the most prominent players in sevens rugby, Tim Mikkelson has already achieved almost every honour in the game to date. The Waikato native broke into the side in 2007, quickly becoming known for his rangy and powerful winning. Having captained the New Zealand sevens side to numerous victories in 2012-2013, he ended the year as IRB sevens player of the year.