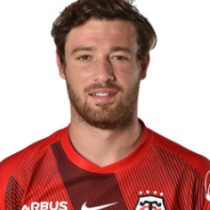 Belan made the switch from Toulon to Lyon for the 2016/17 season after spending 8 years at the club.

The talented centre secured plenty of game time in his opening season at Lyon, playing 17 matches in total over the course of the season.

Belan scored his first try for Lyon in J13 at home to Castres and will be looking to push on in the 2017-18 season after quickly finding his feet in Lyon.