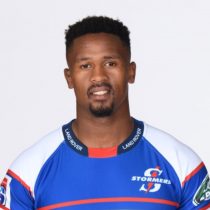 Making his name at Wynberg Boys' High, the dynamic loose forward has presented Western Province through all the age groups. His WP U18 performances earned Notshe a call up to the South African High Performance team in 2010 and South African Schools in 2011.

2013 then saw the Western Province man winning the U21 Currie Cup and getting his first senior cap for the Vodacom Cup team. In 2014 he made his Super Rugby debut against the Reds and scored a try in his first game.

Notshe was included in the Stormers pre-season training squad prior to the 2014 Super Rugby season and was one of the try-scorers in their trial match against Boland Cavaliers.

Notshe joined up with the SA sevens side at the end of the 2017 but will be available for the Stormers during the 2018 Super Rugby season and will look to continue his fine form that helped Western Province win the Currie Cup.

Notshe earned his first Springbok call-up ahead of the 2018 June Internationals, alongside 16 other uncapped players.

Notshe featured in six Tests for the Springboks during 2018 but struggled with fitness and form during the 2019 season caused him to fall by the national wayside.

In September 2019, the Sharks announced that Notshe would join the side for the 2020 Super Rugby season.

The 6 test Springbok loose forward heads into the 2020 season with 58 Super Rugby caps and 11 tries since his debut in 2014.