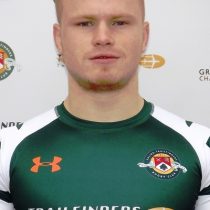 Nagle-Taylor was born in Winchester, but lived the early part of his life in Hong Kong before attending Eastbourne College.

From there he earned a place at UCL where he studied history and played in the England Students team alongside future Ealing Trailfinders teammates Luke Peters and Lewis Jones.

The 22-year-old English-born back row player who grew up in Hong Kong before attending Eastbourne College. He was involved in the England Sevens set-up while a student at University College London and on graduating he became a centrally-contracted member of the England Sevens squad for the 2015/16 season.

He has played 15-a-side rugby for clubs including Blackheath, Bedford Blues and - for the past season - Ealing Trailfinders.

Seb announced that he will be playing for Jersey Reds for the 2017/18 season.