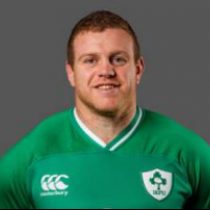 The former Shannon RFC played academy rugby with Munster, where he won a development contract. Due to his form for his school, Ard Scoil Rios, Cronin was selected to represent the Irish schools team.

Cronin made fledgling appearances for Munster and was selected to play for Ireland A subsequent to his move to Connacht. It was in Connacht where Cronin made his name. Cronin spent three years at Connacht, 2008-2011, and was a favorite amongst the Sportsground style, especially due to his try scoring exploits; Cronin scored seven tries in fifty five Connacht appearances.

After three years at Connacht, Cronin joined Leinster at the beginning of the 2011/2012 season, winning the Heineken Cup in his first season. Since making his Ireland debut against New Zealand in 2010, Cronin has been a part of the Irish set up since 2009, and was selected to part of the 2015 world cup squad on the back of a solid season for Leinster.

Cronin missed the 2017 Six Nations due to a hamstring injury. The speedy hooker finished the 2018 Six Nations with a total of 61 caps for Ireland.

He made one appearance for Ireland during their tour to Australia and went into the 2018/19 season having already made 153 appearances for Leinster scoring 27 times.

As of November 2019, Cronin has represented Leinster 172 times and has scored 200 points.