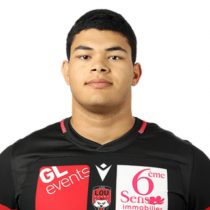 A promising loosehead prop, Sam Zouhair featured for the French u20s during the 2019 Six Nations where the side finished second overall and missed out on the squad that won the U20 World Championship later that year.


The front ranker was included in Lyon's senior squad for the 2019/20 season where he will look to make his professional debut in the TOP14 and Champions Cup.