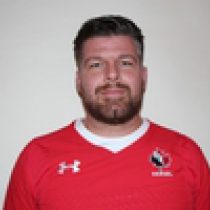 Rob has been a part of the Canadian Championship-winning Ontario Blues, the Canada ‘A’ team for the inaugural America’s Rugby Championship and has also been centred out as the recipient of the Senior Men’s Player of the Year Award by Rugby Ontario.

Rob was named to the Canada 'A' Roster for Americas Pacific Challenge in September 2016, before getting named in the Canada senior squad for the 2017 Americas Rugby Championship.

He heads into the 2019 Pacific Nations Cup with 9 test caps since making his test debut against Brazil in 2016.