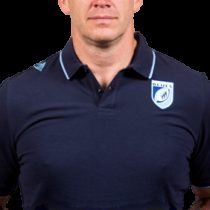 Richard Hodges was Wales Sevens assistant coach from 2009 to 2013, and part of the management team that led Wales Sevens to the Rugby World Cup Sevens title in 2009.

He returned to the Cardiff Blues as the side's defence coach in 2017.