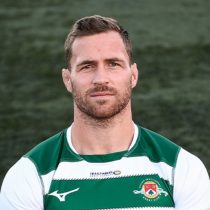 Educated at Rondebosch Boys High, Smid joined the Western Province Rugby Institute straight out of school. Playing WP U19 in 2011, the eighthman then joined up with University of Cape Town in 2012 and went on to have a superb 2013 season with a Vodacom Cup debut, winning the U21 Currie Cup and a senior run on for the Western Province Currie Cup team.

On 24 September 2015, English RFU Championship side Bristol Rugby announced that Smid would join them for the 2015–16 season. He made eight appearances for them during the 2015–16 season, but made just a single appearance for them in 2016–17, before leaving the club by mutual consent at the end of 2016.

Smid moved to Ealing Trailfinders in January from Bristol, where he made 10 appearances after joining them in 2015. Since arriving in W13 he has played across the back-row, played 12 times and scored two tries.