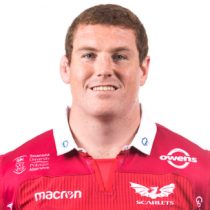 Price earned international honours at U18s, U19s and U20s level and also made appearances for Premiership sides Bedwas, Cross Keys, Bargoed and Newport RFC during his nine years in Gwent.

He has also captained the Dragons Premiership Select side in the recent British and Irish Cup campaign..

Since joining the Dragons ahead of the 2009-10 season, Price has made 159 appearances for the Gwent region, scoring six tries.

Having been loaned to Scarlets, Price extended his loan agreement until the end of the 2018 season, also putting pen to paper on a new contract with the club & keeping him in West Wales in 2018-19 and beyond.