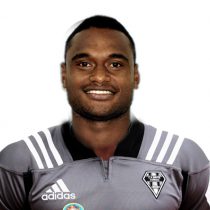 Peceli Nacebe rose to prominence with the Fijian Drua in their debut season the NRC in 2017.

Primarily a flyhalf, Nacebe debuted for the Drua on the wing scoring a brace against Brisbane City.

He repeated that feat when he started their next game at flyhalf against Melbourne Rising.

Nacebe went on to feature predominantly for the Drua during that season before signing a two-year deal with Top14 club Union Bordeaux during the 2017/18 Top 14 season.

A serious ankle injury meant he failed to make senior debut for the club and at the end of the season he was loaned out to recently relegated Brive.