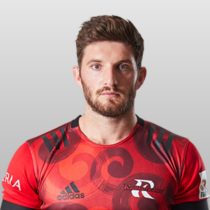 Owen played club rugby for Welsh regional team the Scarlets and featured in the Wales under-20 national team; helping Wales to third in the 2012 IRB Junior World Championships. Initially part of the Ospreys, William's featured regularly in their under-16s and under-18s teams before being signed for the Scarlets in 2010.

After joining the Scarlets in 2010, Williams made 30 appearances for Llanelli, including the 2012 Premiership Final against Pontypridd, and made his senior Scarlets debut in the LV= Cup match against the Dragons in February 2011.

Owen was a member of the Wales Under-20s squad that finished third in the 2012 IRB Junior World Championships in South Africa. Although he did not play for the Scarlets at all in 2011/12 as he gained more experience in the domestic Welsh league, he clocked up 14 games in 2012/13 including the man-of-the-match performance against Tigers.

After 81 appearances with the Tigers, Williams was signed by Gloucester Rugby for their 2017/18 season.

He was included in Wales' 6 Nations 2017 squad before linking up with the squad for the summer tour. A prolific goal-kicker, Williams' ability to slot in at No.10 or 12 could well see a few first Welsh cap this summer.

He took his test cap tally to 3 in November and was named in the Wales 2018 6 Nations squad.

He was immediately recalled to the Wales squad for the 2020 Six Nations with a total of 3 caps to his name. On 11 January 2017, Williams left Leicester for Premiership side Gloucester Rugby from the 2017/18 season.

Williams was sidelined for almost a year after sustaining an injury against the Harlequins in 2019 and only returned to action in January 2020.

In July 2020, he signed for Japanese Top League side NTT Docomo Red Hurricanes.