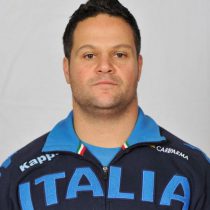 He began his coaching career in 2006 with South Africa's Sevens team in the World Series before moving to Super Rugby side the Stormers in 2008, helping them reach the 2010 Super Rugby final.

Having built a stellar reputation in South Africa coaching the Kings, Pumas, Western Province and Stormers, Mouneimme was recruited to the Italian international set-up in 2010 where he helped the Azzuri beat France for the first time in Six Nations history the following year.

He returned to South Africa and teamed up with Gary Gold in 2014 before joining Edinburgh Rugby, where he helped them reach the European Challenge Cup final in 2015.

Mouneimme then moved to France, coaching Lyon and Stade Francais.

He linked up Gary Gold again at Worcester Warriors on a consulting basis and in April 2017, with him being announced as a permanent member of the Warriors coaching staff from the 2017/18 season.

In July 2020, it was confirmed that Mouneimne had left the Warriors and was unveiled as the Bristol Bears defensive coach