USA Head coach Gary Gold has named his match-day 23 to face No. 3 world-ranked England on Sunday at Twickenham.

The fixture marks the first time the Eagles have assembled since Rugby World Cup 2019 in Japan, which was also the last time they met Eddie Jones’ side in the opening match of group play.

In all, 13 of the 23 players have World Cup experience which adds a valuable balance to the new faces in the group.

The Men’s Eagles have not played England at Twickenham since 1999. In their last meeting in Japan, the English defeated the Americans 45-7 with current Captain Bryce Campbell scoring the USA’s lone try. 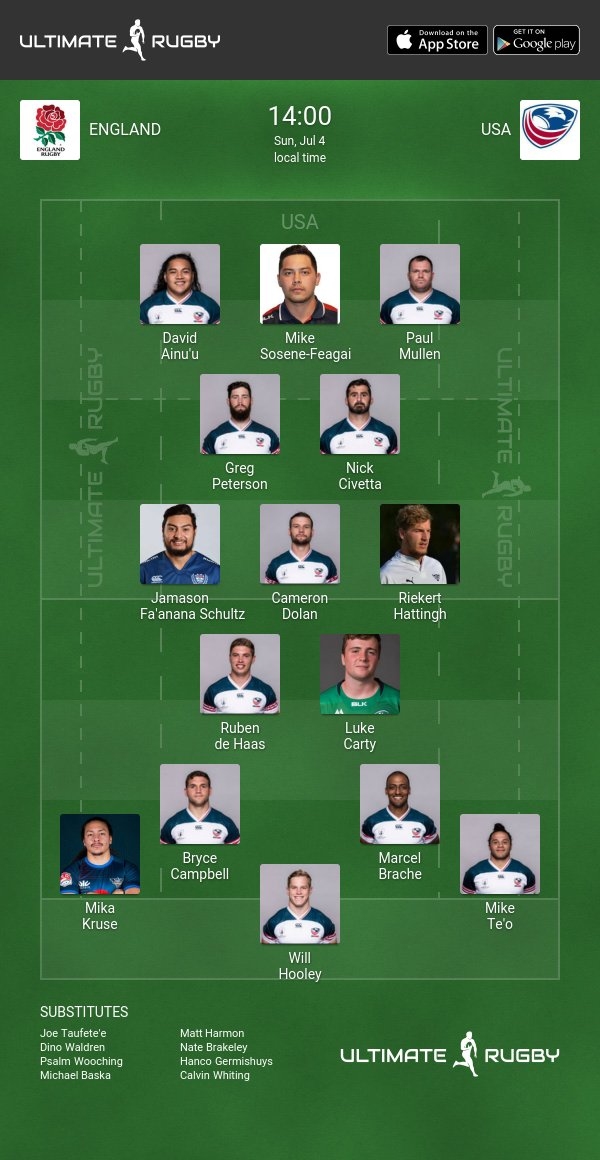