Test Rugby returns to the Northern Hemisphere this weekend!

Although the November Test window is not officially underway just yet we are treated to a few mouth-watering encounters this weekend.

Unfortunately, not everyone will be at full strength.

Here is a list of a few star who will not be representing their nation either due to injury or not being made unavailable by their clubs.

Sam Cane (Chiefs) - The All Blacks first-choice openside suffered a horror neck injury against the Springboks and will only return to play sometime next year.

Luke Romano (Crusaders) - Romano would likely have started this test and be given the opportunity to force his way back into the squad had he not picked up an injury in the Mitre 10 Cup final.

Lomano Lemeki (Sunwolves) - The Sunwolves flyer was in fine form before picking up an injury against the World XV last weekend.

Joe Launchbury (Wasps) – The Wasps captain underwent knee surgery last month and is expected to be out of action for 10 to 12 weeks. A test regular Launchbury will be missed in the England pack despite the depth in the position that Eddie Jones has at his disposal.

Billy Vunipola (Saracens) – The 25-year-old, who played No. 8 against the Springboks earlier this year, broke his arm in a Championship Cup victory against the Glasgow Warriors.

Mako Vunipola (Saracens) – The veteran prop got ruled out for six weeks after picking up a calf strain in Saracens' Champions Cup win over Glasgow.

Faf de Klerk (Sale Sharks) – The scrumhalf’s club English club has not released the player to play Tests for the remainder of 2018.

Tendai Mtawarira (Sharks) – The 33-year-old  sustained a neck injury against the All Blacks in Pretoria earlier this month‚ meaning he won’t add to his 107 caps again this year.

Franco Mostert (Gloucester) - While the lock was still listed as a Lions player in the Springbok squad announcement, he is set to be treated like the other overseas-based players, after his move to Gloucester.  Mostert will miss the opening match against England (which falls outside the official international window), the same goes for Wasps' fullback Willie Le Roux.

Wales and Scotland have gone head to head in 123 rugby test matches since their first meeting in 1883. Wales have won 71 of those matches, whilst Scotland have won 49. There have been three drawn matches between the two nations.

Taulupe Faletau (Bath Rugby) – The 27-year-old is set to miss all Wales Autumn Tests after he broke his arm while playing for his club side last month.

James Davies (Scarlets) – Has been injured for the majority of this season and there has been much word on when he will return to the playing field.

Scott Williams (Ospreys) – The centre picked up a hamstring injury in the Ospreys 46-14 PRO14 win over the Cheetahs at the Liberty Stadium back in September. He has been on the sidelines for quite a while already and may see him back this year still.

Richie Gray (Toulouse) – The 29-year-old, who has played just 27 minutes of Test rugby in the past 18 months, is out of the forthcoming autumn Tests with a back injury.

Stuart Hogg (Glasgow Warriors) – The fullback is currently recovering from ankle surgery and will miss out on the entire November series.

Zander Fagerson (Glasgow Warriors) –The 22-year-old Scotland tighthead had surgery on his ankle in South Africa following an injury picked up against the Cheetahs in the Pro 14 in September. 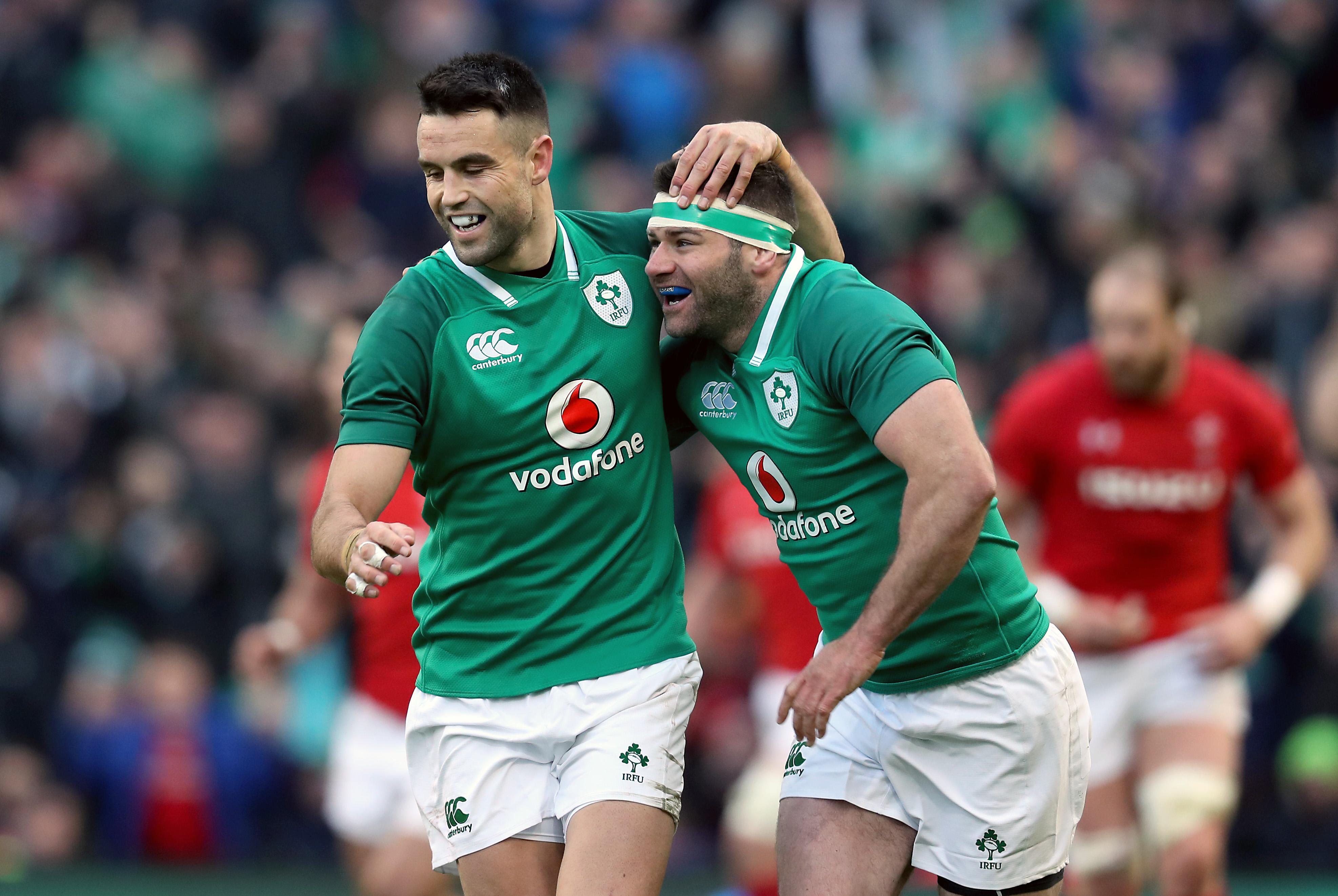 Ireland and Italy have faced each other in a total of 28 rugby test matches since their first meeting in 1988. Ireland have won 24 of those matches, whilst Italy have won four matches.

Conor Murray (Munster) – He has not played for Ireland this season due to a neck injury but is expected to make a return for the New Zealand game later this month.

Rob Kearney (Leinster) – Kearney is being closely monitored after picking up a knock against Benetton and is still in doubt for the clash against Argentina and New Zealand.

Jonny Sexton (Leinster) – Being rested this week seen that it is not an official international week and is being saved for the matches against Argentina and New Zealand.

Matteo Minozzi (Zebre) - The talented outside back is in a race against time to make the World Cup squad after sustaining a serious ACL injury.