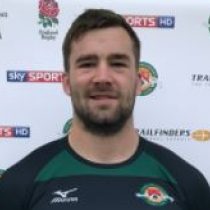 Born in Newport Allen learned his Trade as a backrow at Aberavon RFC before making the Ospreys regional squad. Showing promise in his early years Allen went on to represent Wales at both Under 18 and 20's.

He competed at two Junior World Championships for his country winning a total of 10 caps at under 20's level and scoring three tries. Allen joined the Ospreys senior squad in 2011 after spells at Pontypool, Swansea and his home club Aberavon.

He joined Scarlets in 2015 and enjoyed a 2 year spell before leaving in 2017 for Bedwas RFC.

In October 2017, the Welshman joinsed Ealing Trailfinders from Llanelli Scarlets, where he featured on 27 occasions during two seasons at Parc Y Scarlets.