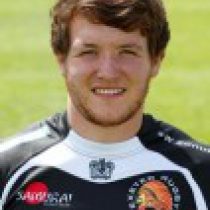 Justin Blanchet hails from Canada and is of French-Canadian decent. During his Economics studies at Exeter he played for the Chiefs. His debut for the Chiefs was made in the 2012/13 season against London Welsh.

His skill set has earned him time at the England u20 training camp and his reputation as an unforgiving tackler will be welcomed on the pitch for the Bedford Blues, who signed the back rower for the 2016/17 season.

Blanchet received his first test call up in 2019 and made his debut Brazil and will look to add to his cap tally during the 2019 Pacific Nations Cup.