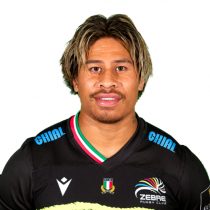 Laloifi represented Victoria at the Australian Schools Rugby Championships, and was selected for the Australia 'A' Schools team in 2012.

He also represented Australia in rugby sevens later that year. Laloifi joined the Sunnybank rugby club in 2013 and played in the Queensland Premier Rugby grand final in 2014.

He was selected for the Brisbane City team in the inaugural National Rugby Championship (NRC) in 2014, and went on to score the winning try in the team's grand final win over Perth at Ballymore that year.

In November 2015, Laloifi was selected as the 'Ballymore Kid' from a pool of forty eligible players in Queensland's NRC teams and he signed a contract with the Queensland Reds for the 2016 Super Rugby season.