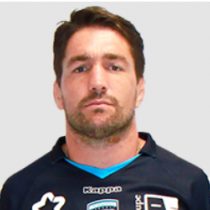 Julien is of Portuguese descent and decided to represent Portugal, since 2008. He was part of the Clermont squad from the 2009-10 season.

After 8 seasons at Clermont, Bardy joined Montpellier for the 2017/18 TOP14 season.