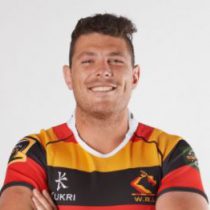 Manihera came through the ranks at his local club North Harbour, captaining their Under 20 side to the 2012 North Championship title and debuted for Harbour in a victory over Tasman in 2012.

He was a part of the New Zealand Under-20 squad which competed in the 2013 IRB Junior World Championship in France.

After a fantastic season with Waikato in the 2017 Mitre 10 Cup Manihera earned a call up to the Maori All Blacks squad.