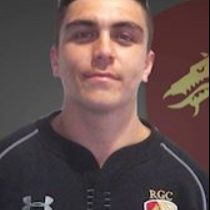 Having previously, he played for RGC 1404 in the Welsh Premiership Botica made the move to the Dragons and also made one appearance for the Scarlets in the Anglo-Welsh Cup.

He made ten appearances for the Dragons.

He departed the Dragons in 2020 to sign with Rennes having previously played in France with Saint-Jean d’Angely and Saint-Medard in Federale 1 either side of a season with Agen in Pro D2.

Jacob joins his brother Ben in France with his brother featuring for TOP14 club Bordeaux.