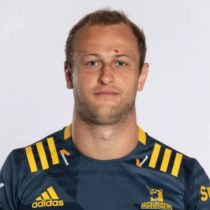 Renton is a former Hurricanes under-18 representative. In August 2014, he signed a three-year deal with Hawke's Bay.

Following some impressive performances for Hawke's Bay in the Mitre Cup, Renton was included in the Hurricanes 2017 Super Rugby squad.

He made one appearance for the Hurricanes in 2017 and was not re-signed for 2018.