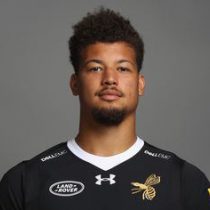 Guy is the younger brother of England international Delon and Steffon Armitage.

He began his career at London Irish after coming through the academy, before having brief spells at other exile clubs Scottish and Welsh.

From there he joined brother Delon at Toulon in the Top 14, but returned to London Irish where he ran out 21 times at the Madejski Stadium whilst also playing for England at every age-grade level.

The centre then signed for London Welsh for the 15/16 campaign and featured 29 times for them before making the move to Wasps at the end of that season.

After spending two years at the Ricoh Arena playing 11 times, Armitage signed for Ealing Trailfinders for the 2018/19 season.