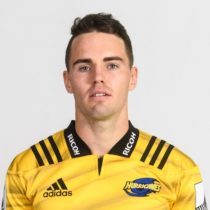 He attended Christchurch Boys' High School, where he played first XV rugby for them.

Smith headed south to Dunedin to study Commerce at the University of Otago. It was there where his senior career got under way in 2015, turning out 11 times for Otago in the ITM Cup Championship and helping them to a 3rd-place finish.

Smith earned a short-term contract with the Highlanders towards the end of the 2016 season and made 2 substitute appearances.

He was called into the Highlanders squad again ahead of the 2017 Super Rugby season. He currently has 2 caps and 2 points to his name.

By the end of the 2018 Super Rugby season Smith had made 16 appearances for the Highlanders, while starring for Otago in the Mitre 10 Cup.

At the conclusion of the 2018 Super Rugby season he signed a deal with Waikato for the 2018 Mitre 10 Cup. He helped Waikato gain promotion to the Mitre 10 Cup Premiership after their Championship win over Otago.

Smith signed with the Hurricanes for the 2019 Super Rugby season.