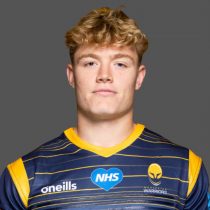 Rugby runs in the family as his Grandad was capped for Scotland and went on the 1955 Lions tour.

The talented flyhalf shone for Worcester Warriors in the Premiership before being named in the England u20 squad for the 2021 Six Nations.

In September 2021, he joined the Ampthill squad for the 2021-22 Championship season.