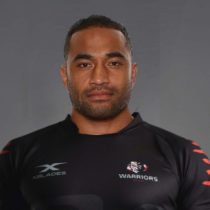 In his maiden Air New Zealand Cup season, Vainikolo earned excellent reviews for his predatory finish abilities. Indeed, with 5 tries in ten games, Fetu’u’s form earned him a Super 14 contract with The Highlanders in 2008. His debut season with the Highlanders proved to be a fantastic one for the Tongan, as he finished third in the overall Super 14 try count with six tries in a struggling team.

This form attracted interest from European clubs and Connacht sealed his signature in 2011. In 2013 he signed with the Exeter Chiefs. He will represent Tonga in the 2015 RWC

After two seasons with US Oyonnax in the PRO D2, Vainikolo made the switch to Valence Romans Drôme for 2017/18.

Vainikolo is currently is currently the leading try scorer in Tongan test history with 17 tries and has been included in Utah Warriors squad for the first MLR season.