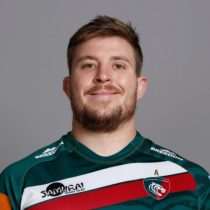 Having represented his country at both Under 18,19 and 20 level, Gigena made his senior international debut for Argentina against Chile in Santiago on June 4, 2016 and marked his first appearance with a try in an 87-12 victory for his side.

That incredible performance attracted Super Rugby side Jaguares selector and sealed his place for the side's 2016/17 Super Rugby season.

Gigena gained a first Test cap with Argentina during the summer of 2016.

In January 2018 Gigena left the Jaguares to sign with Premiership side Leicester Tigers.

The front-rower enjoyed a breakthrough year in 2018/19, playing 20 first-team games and gaining his first experience of European Cup rugby, and followed up with another 22 appearances in 2019/20 while also pushing himself back into the international frame.

February 2021 saw Gigena being released early at the Tigers. He signed for London Irish the following day as a free agent.