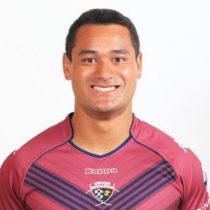 Coming out of Kings College in Auckland, Fuatai made the New Zealand U20 squad in 2013 and subsequently selected for Otago for the 2013 season.

A law student at Otago University, Fuatai played 28 games for Otago before he was named in the New Zealand 7s squad for the 2017 Paris 7s.

Following an impressive outing with the sevens side Fuatai was approached by Top 14 side Bordeaux Begles and was offered a contract for the 2017/18 season.

Otago Rugby Union agreed to release Fuatai from his final year with the club so that he could join the French side.
.
Fuatai returned to New Zealand signing with the Bay of Plenty Steamers ahead of the 2018 Mitre 10 Cup season.