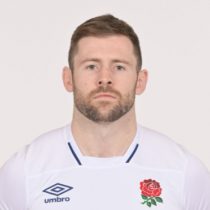 As versatile as a Swiss Army knife, Elliot Daly has built a reputation as one of the most reliable players in the world in multiple positions. Born in Croydon, Daly's versatility showed from an early age as he excelled as both a cricketer and rugby player.

He represented England Under-15 and has also represented England at every age level. Blessed with pace to burn, dazzling footwork and absolute canon of a boot, Daly has forged himself a reputation as one of the English game's stars since his debut in 2010 in the Premiership with Wasps.

He spent three years with Dorking from 2006, joining Wasps’ Elite Player Development squad before progressing to the Academy. He quickly became a regular in the national set-up while also becoming the second-youngest player to represent Wasps, making his debut against Exeter Chiefs in the Anglo-Welsh Cup in November 2010.

Daly’s speed and long-range kicking ability made him a precious weapon, and he went on to make over 200 appearances for Wasps, earning international recognition in the 2016 Six Nations after representing the Saxons as well as the Barbarians.

He was a travelling reserve for the opening game against Scotland at Murrayfield and made his debut in the third match of the tournament against Ireland at Twickenham. He was a member of the successful tour to Australia in the 2016 Summer tour, making 2 appearances off the bench in the 2nd and 3rd games before his first start as centre for the Autumn International against South Africa. His first try came the following week with dazzling footwork that bewitched Fiji's defence.

In 2013 he was part of the Barbarians side that took on the British and Irish Lions in Hong Kong on the first leg of their Tour to Australia - he even kicked a penalty in the defeat, joining Riki Flutey in an elite club to have played for & against the Lions.

In April 2017, Daly was included in the British & Irish Lions squad to tour New Zealand, which was his first Tour. Thrown in his ability to cover full-back and his weapon of a left boot that can kick goals from inside his own half, Daly was labelled a 'Swiss Army knife' by Eddie Jones, and Gatland could not overlook.

In August 2017, he signed a new deal at Wasps, having started every Test for the British and Irish Lions against the All Blacks over the 2017 summer. In 2019, Daly made the switch to Saracens after 150 Premiership appearances (188 in total) for Wasps. Daly took his test cap tally to 42 during the Rugby World Cup in Japan starting 6 times as England reached the final of the competition.

In July 2020, Daly signed a new three-year deal at Saracens and will turn out for the club in the Championship in 2020/21. At the time of signing, Daly 46 test caps (three with the Lions) and scored 96 test points for England - three with the Lions.

In May 2021, he was selected as one of 37 men into the British and Irish Lions squad to tour South Africa.