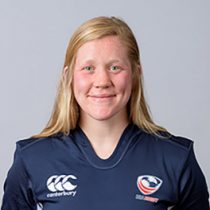 Elizabeth "Bitsy" Cairns picked up rugby when she was 17 after two of her sisters played in high school and she checked out a clinic towards the end of her own high school career. In high school, Cairns played soccer through her freshman year, ran track through her sophomore year and played basketball through her junior year, never having as much fun as she hoped through any of the other sports. Her love for sport evolved when she found rugby.

In June of 2015, she earned her first cap with the U.S. Women's National Team against England. Two years later she earned a selection for Women's Rugby World Cup 2017 where the United States finished fourth.