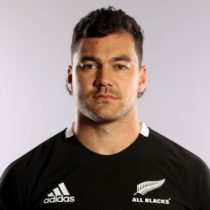 Son of former Nelson Bays winger Bill Havili, David grew up in Motueka, playing his junior rugby for the Huia Club then making his way through the age grades at Motueka High School before switching to Nelson College for his final year.

Havili got onto the scene during the 2014 ITM Cup scoring 4 tries in 10 appearances for the Tasman Makos as they reached the final of the competition.

He also got a taste of international rugby when he made the New Zealand Under 20 squad as an injury replacement for the 2014 IRB Junior World Championship.

As a result of his impressive displays, Havili was named as a member of the Crusaders wider training group for the 2015 Super Rugby season. October 2016 saw him re-sign with the Crusaders through to 2019.

Havil was included in the Crusaders in 2017 Super Rugby squad and had a breakthrough season, which saw him named the Crusaders Player of Year and earned him All Blacks selection.

In August 2017, he was called into the All Blacks squad following the injury to Jordie Barrett.

Havili played in 17 of the Crusaders 18 2017 Super Rugby matches, as the Christchurch side went on to claim their 8th Super Rugby title. Throughout the season the Crusaders did not lose a match that Havili started at fullback.

He scored a try on his All Blacks Test debut against Argentina in The Rugby Championship.

In 2020, David's leadership qualities will once again be called upon in the Crusaders side - he's been named Vice-Captain alongside Codie Taylor.

He heads into the 2020 Mitre 10 Cup season having made 53 appearances for Tasman Makos. In December 2020, The Crusaders announced that Havili would remain at the club until at least 2023.

Havili played a crucial role in each of the Crusaders' three consecutive Super Rugby titles as well their two Super Rugby Aotearoa victories before earning recall to the All Blacks squad in 2021.

He earned the last of his three tests back in 2017.