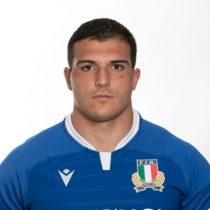 Having played for the national U20 side, he was drafted into the RWC training squad ahead of the 2019 tournament.

He did not make the final squad but earned a late call up as injury cover following injuries during the game against South Africa. He was set to make his debut against the All Blacks but the game was called off due to typhoons

He was recalled for the 2020 Six Nations Squad.