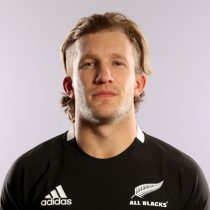 Since the beginning of the 2015 season, McKenzie has been contracted to the Chiefs franchise for Super Rugby.

After a sensational 2016 Super Rugby season he was called into the All Black squad for the June Internationals.

In October 2016 McKenzie debuted for the All Blacks off the bench as they beat Argentina 36-17, having been part of the All Blacks training squad since May. He made his starting debuted in November when the All Blacks beat Italy 68-10.

He was originally left out of the New Zealand squad for the Lions series, however, after injury to Ben Smith in the first Test - McKenzie was drafted into the set-up to cover his absence.

In 2018, Damian McKenzie was the SANZAAR Player of the Season for the third year running. He ranked top of the charts for carries, metres and defenders beaten in the 2017 Super Rugby season, while also ranked in the top three for clean breaks and points scored.

In March 2018, the Chiefs playmaker signed a new deal with New Zealand Rugby, recommitting with the national body as well as his Chiefs club through until 2021.

Having torn his ACL during Super Rugby, McKenzie was not considered for 2019 Rugby World Cup selection due to injury. He has 21 caps to his name and will be hoping to break back into the All Black squad.

McKenzie was named in the Chiefs squad ahead of the 2020 Super Rugby season having made 72 appearances and 638 points.