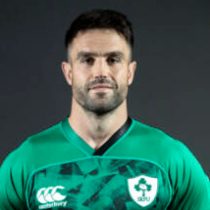 A scrumhalf from the Mike Phillips school of scrum-halves; Murray is tall, physically powerful and has all the other traditional scrum-half attributes such as passing, reading of the game and organisational skills. He played for Ireland U20s in 2009, and made his Munster debut in April 2010 against Connacht, two days before his 21st birthday.

Declan Kidney was suitably impressed by the youngster to hand him his Ireland debut against France in August 2011. Kidney’s decision appears to have been a measured one, as Murray has proved to be the epitome of class in each of his Ireland appearances, including his appearances for Ireland during the 2011 World Cup.

He scored his first test try against New Zealand in Addington on 16 June, 2012 in a 22-19 defeat. Murray shone for both club and country in 2013, most notably in Munster’s run to the 2013 Heineken cup semi-final, which led to his somewhat surprising inclusion in Warren Gatland’s 2013 British and Irish Lions squad to tour Australia. He has since become a regular in the Irish lineup.

He started all five games in Ireland's successful 2014 Six Nations campaign and was one of the side's stand-out performers throughout the Championship brilliantly setting up Andrew Trimble for a vital try in the win against France in Paris. He was named Munster Rugby Player of the Year at the 2014 Munster Rugby Awards before being Included in the Ireland squad for the summer tour to Argentina, 2014.

Murray featured for Ireland in the Guinness Series victories over South Africa and Australia in November 2014 and started every game for Ireland in the successful defence of their 6 Nations title in 2015 and was later nominated for the IRUPA Player's Player of the Year, losing out to his Munster colleague Paul O'Connell.

Now widely regarded as one of the top scrum-halves in the game today, Murray was selected in the Ireland squad for the 2015 Rugby World Cup and played a pivotal role in Ireland's run to the quarter-finals. In 2016, he signed a new 3-year deal with the IRFU and Munster. The Munster man was an outstanding performer against New Zealand in Chicago, scoring a fine solo effort that launched Ireland on their way to victory.

He continued to impress in 2017 both for Munster and Ireland, scoring the only try in their win over France in the RBS 6 Nations, but despite missing the final game against England, he did enough to earn a place in Warren Gatland's touring party. In May 2017, Munster and Ireland's Murray was voted the Zurich Players' Player of the Year for 2017 at the 15th annual awards ceremony.

In October, Murray signed a new long-term deal with Munster and Irish Rugby that will see him remain in Ireland until 2022.

He featured regularly for Ireland at the Rugby World Cup in Japan and was re-selected for the 2020 Six Nations. By June 2020, Murray had 137 caps for Munster scoring 155 including three conversions and penalties.

In May 2021, he was named in the 37-man squad for the British and Irish Lions for their tour of South Africa. After Alun Wyn Jones suffered a tour ending injury playing for the Lions against Japan, Conor Murray was announced as the Lions captain ahead of the tour to South Africa