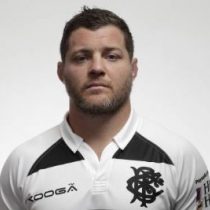 Came on as an impact substitution in the 2005 Heineken Cup final for Stade Francais. Moved from Stade Francais to Leicester Tigers in 2007.

Went on to make his international test debut against Australia in 2008. Powerful front rower with an excellent dart and strong ball-carrying makes him a triple threat around the pitch.

He now plays his rugby in ASM Clermont. After more than 5 seasons at Clermont, Benjamin has amassed more than 90 caps and has established himself as a regular in the starting XV. International recognition came in 2008 when he earned his first cap against Australia in an end of season tour.

Since then Kayser has regularly been included in French national squads, and was recently named in the French squad which will travel to England for the 2015 Rugby World Cup.

Kayser has won 37 caps for France and remains a ever-present figure in the Clermont front-row.

During the 2018/19 season, his final season as a professional, Kayser ended an unfortunate run of 5 defeats in the Challenge Cup final as Clermont beat La Rochelle. He is also helped Clermont reach the TOP14 final.