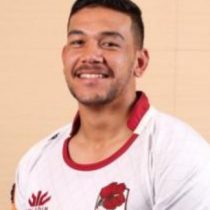 Pakuranga United Rugby Club second rower Ben Nee-Nee broke into the Auckland squad in 2015 and the aggressive 2-metre tall lock has been a front man for the side since.

Nee-Nee's opportunities at Auckland were limited due to the depth at the province but in 2017 he made the most of his opportunities and became a regular in the side having featured just 5 times in two years prior.

He was called up to the Blues squad during the 2018 season and went on to play 8 games during the season. Following the Super Rugby season he switched Auckland for North Harbour for the Mitre 10 Cup season.