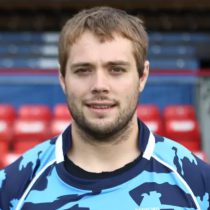 Cooper is a formidable srummager who shows an excellent turn of pace when needed. He learnt his trade under former Bedford Blues, Mike Guess, during his time at Cambridge RFC making his move to Goldington Road in January 2012.

During his first stint with Bedford Blues, Cooper made more than 50 appearances and helped the Blues reach the 2012/13 Championship final.

At the end of the following season, Cooper was offered the chance of Premiership rugby with London Welsh and a move to Oxford followed where he made ten top flight appearances in the 2014/15 campaign.

At the end of 2016 returned to Bedford Blues following a successful stint with London Welsh making 30 appearances in the 2015/16.