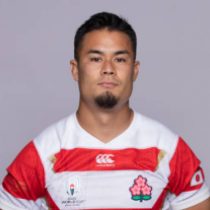 Versatile backline player he covers the inside back positions. Making his debut in 2012, Tamura, played in the 2015 RWC.

In 2017 he added to his 42 Brave Blossoms caps in the tests with Ireland in June.

2019 saw him being named in Japan's 31-man squad for the Rugby World Cup and went into the quarter-finals of the tournament with 62 caps.