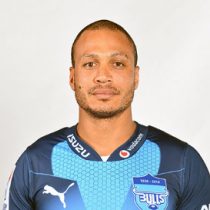 He was included in the S.A. Under-20 squad for the 2012 Junior World Championship competition and made one appearance for them, in their pool stage match against Italy. He was also an unused substitute in the final against New Zealand.

He made his first class debut for the Blue Bulls in their opening match of the 2013 Vodacom Cup competition. He made seven appearances in total in that competition, scoring six tries.

His Currie Cup debut came later in the same year, when he was included in the Blue Bulls starting team to face Western Province in the opening match of the 2013 Currie Cup Premier Division season.

In November 2017, he was named Super Rugby back of the Year at the Blue Bulls awards ceremony.

Since making his Super Rugby debut in 2015, Ismaiel has scored 8 tries in 28 appearances.

Ismaiel made a strong start to the 2018 Super Rugby under new Bulls coach John Mitchell with his performances leading to test call up ahead of the June Tests.

He scored on his debut against Wales in Washinton and featured in 11 of the Bulls 16 Super Rugby matches.

An injury prevented Ismaiel from being named in the Springboks squad for the 2018 Rugby Championship. In July 2019, he signed a deal with Harlequins but only stayed at the club until May 2020 and played just five games with the London based club as he rejoined the Bulls.

July 2021 marked the official end of his playing career after he was advised to retire through medical advice. Ismaiel suffered a shoulder injury in November 2020.