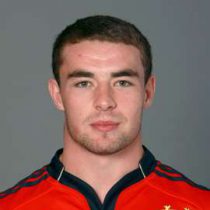 Irish-born Scanlon was one of three Titans to arrive at Doncaster Knights from Clifton Lane in 2016 having spent three seasons with the Titans.

He started his rugby career with Irish Pro 12 powerhouse Munster Rugby, making a try-scoring debut in December 2011 versus Connacht.

Scanlon joined the Nottingham Rugby for the 2017/18 season, having spent the 2015/16 season at Castle Park.

In April 2019, Nottingham announced that Scanlon will be taking on the role of player-coach at the club.