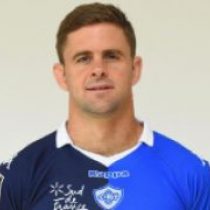 The exciting, nippy number nine began his professional career in South Africa, where he made a brief appearance for the Golden Lions before moving to the Sharks in 2007. His great attacking ability as well as his solid kicking performances make him a valuable asset for any side.

After earning 50 Super Rugby caps for the Sharks, Kockott signed for Castres where he has become a household name. In 2013 he earned the French player of the year award after helping his side to win the Top 14 competition with a stunning victory against Toulon.

Kockott qualifies to play for France through residency and was selected to play his debut against Fiji in November 2014.

In March 2021, he signed a new one-year contract extension with the French club.