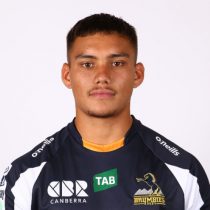 A technically brilliant player with all the tools to make it at the highest level, Pasitoa was courted by numerous clubs while still at school with the big-bodied flyhalf opting to commit his future to the Brumbies at the age of 17.

When signing for the Brumbies Pasitoa still had another year of schooling ahead of him and had just completed the Australian Schoolboys tour of Europe where he led the tourists to four wins in five games, including a scalp over reigning underage Six Nations champions Scotland.

He also helped steer his College to successive GPS Premierships showing a steady hand in the pivot position, dictating the pace and tempo of the attack with a maturity beyond his tender years.

At 183cm and 98kg, Pasitoa finished school with the physique to succeed at Super Rugby level and is a noted rare talent who may just go on to higher successes and could find himself playing at flyhalf and inside centre.

One to watch out for as his knowledge and game management improves with age, Pasitoa made his Super Rugby debut off the bench against the Highlanders in 2020 and made one another appearance off the bench before the season was brought to a halt with his limited involvement having reportedly caught the interest of new Wallabies head coach Dave Rennie.

The number 10 is a dynamic player equipped with an outstanding kicking game and ball-carrying ability.

In June 2021, he signed a two-year deal with the Western Force.