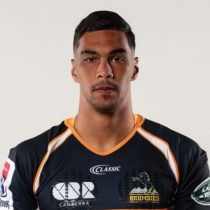 The skilful winger with silky skills and electric pace, Peni dominated the early rounds of Super Rugby in 2017, scoring a highlight reel of tries and proving he had a bright future in the 15-man game.

A shoulder injury prematurely ended the speedster’s season but he returned at the beginning of the National Rugby Championship with the Perth Spirit.