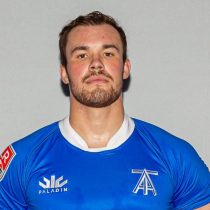 Ciulini is from Vaughan, Ontario and attended St. Joan of Arc Catholic High School and was a highly ranked throwing the javelin.

After graduation, he went to the University of Toronto majoring in Chemistry and played rugby for the Varsity Blues. He was also selected for the 2015 OUA All-Stars.

Paul Ciulini has played for the Rugby Ontario Provincial team, the Ontario Blues and has played in several Canadian Rugby Championships.

In 2016 he signed an Academy contract with the Perpignan ProD2 in France. During 2018, played exhibition matches with the then Ontario Arrows and is among the first athletes to sign with the Toronto Arrows for the 2019 Major League Rugby season.