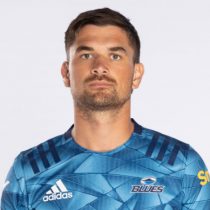 After a four-year study at Hato Paora College in 2013, Black linked up with the local College Old Boys club. After scoring an impressive 223 points in sixteen games, he was promoted to the Manawatu Turbos ITM Cup side for 2014.

In 2015, Black became part of the Hurricanes' wider training group, but got a chance to make his Super Rugby debut after a knee injury sidelined number ten Beauden Barrett.

After three other New Zealand Super Rugby clubs chased his services for the 2016 Super Rugby season, Black decided to re-sign and continue developing his game under the Hurricanes coaching staff.

Ahead of the 2017 Super Rugby season, Black has made 7 appearances for the Hurricanes and has scored 38 points.

After representing the Hurricanes in a thrilling draw against the British & Irish Lions, Black signed a two-year deal to join the Blues for the 2018 Super Rugby competition.

Black was in impressive form with the Turbos during the Mitre 10 Cup before he ruptured his anterior cruciate ligament in his knee which will likely rule him out for the majority his debut Super Rugby season with the Blues.

Otere made his debut for the Blues at first five-eighth against the Crusaders in the opening round of the 2019 Super Rugby season, before going on to feature in every game week, finishing his 2019 season with 15 caps for the club.

After long-term injury, Black signed a new deal with the Blues until 2021. Ahead of the 2020 Super Rugby season, he has obtained 36 caps.