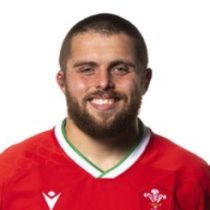 The former Swansea front-rower was rewarded for his form at the start of the season with the Ospreys with a call up to Wales’ 2014 autumn squad.

Smith made his international debut for Wales in the 2014 Dove Men Series, coming off the bench in Wales’ 17-13 victory against Fiji.

The former Wales U20 prop made his debut for the Ospreys in 2012/12 but made his mark for the region during the 2014/15 campaign, starting all eight of his side’s opening encounters. Smith has amassed over 25 caps for Ospreys over three seasons.

Smith has made a big effort to develop his all-round game, he has made 7 appearances for Wales and he was named in the 2017 6 Nations squad for the upcoming championship.

Having impressed the Wales coaching staff so far Smith was named in the Wales squad for the 2017 June internationals and has won 12 caps to date.

Smith made a further 5 appearances for Wales in 2017 and enters the 2018 6 Nations off the back of some solid performances for Ospreys.

Smith headed into the 2018 November International with 21 test caps.

Ahead of the 2019 Six Nations, Smith had 7 previous 6 Nations appearances. He has yet to score any points.