Where are they now? The Leinster team that won the Province's first Champions Cup Title

Leinster face off against La Rochelle this weekend, with the Irish Province searching for a record-equalling fifth Champions Cup title.

With Leo Cullen's men looking to add a fifth star to their jersey, we look back at the team that beat Leicester Tigers 16-19 to win the competition back in 2009 and see where they are now. 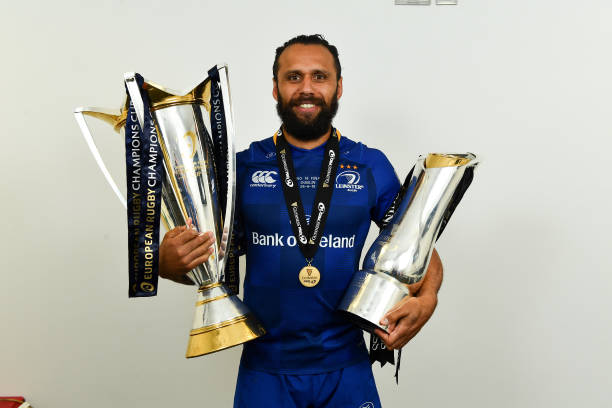 In May 2018, Isa Nacewa played his final match for Leinster in the PRO14 Final against Scarlets.

The Fijian international retired, having played 185 matches for the Province, scoring over 700 points.

Since retiring, Nacewa has returned to New Zealand, where he works in the media, specifically for Spark Sports NZ, covering schoolboy and international rugby. 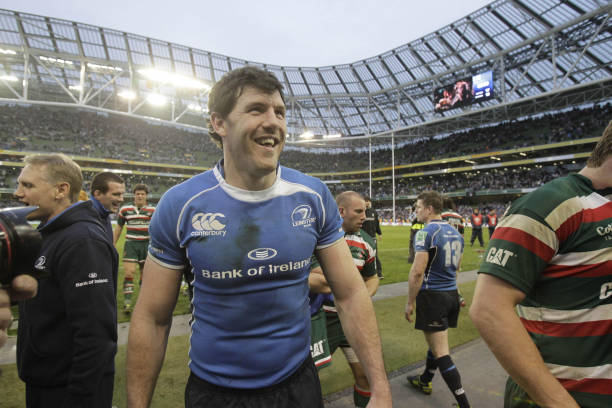 In May 2012, Shane Horgan was unfortunately forced into retirement by a long-standing knee injury.

The Lansdowne FC product made his Leinster back in 1998, and over 13 years, he made 207 appearances, scoring 71 tries, and won two Celtic League crowns and two Champions Cups.

Horgan is now in a second career as a solicitor and works as a pundit with Virgin Media's rugby coverage. 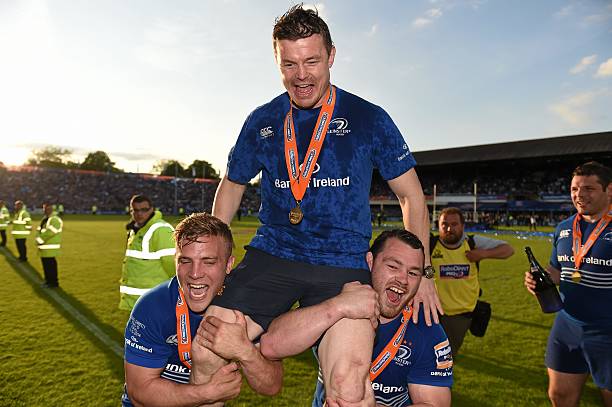 In March 2014, Brian O'Driscoll played his final match featuring for Ireland in the Six Nations.

O’Driscoll retired having played 141 Test matches – 133 for Ireland (83 as captain) and eight for the British and Irish Lions. He captained the Lions during their 2005 tour of New Zealand. He scored 46 test tries.

The World Rugby Hall of Famer has a seamlessly endless list of honours with club and country, including four Celtic League titles, three Champions Cups, and a Challenge Cup with Leinster.

Since his retirement, O’Driscoll has spread a wide net helping to start the Ultimate Rugby App, working as a pundit for BT Sport and Off The Ball, whilst also being a Brand Ambassador for HSBC. He is also a Member of the Board for International Rugby Players and World Rugby and is the Director of ODM & Promotions Ltd. 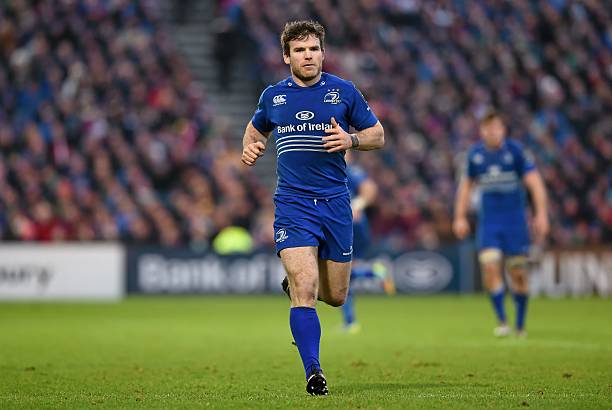 O’Driscoll's long time centre partner hung up his boots at the end of the 2015 Rugby World Cup.

Gordon D’Arcy retired with over 80 test caps with Ireland and 250 appearances for Leinster.

He won two Six Nations titles with Ireland, including a Grand Slam in 2009, and was named the Six Nations Player of the Tournament in 2004.

Since his retirement, D'Arcy has written opinion pieces for the Irish Times and is the Chief Commercial Officer for Kids Speech Labs. He has also done Guest Speaking work for the Front Row Speakers and is the Co-Owner of Form School Reformer Pilates Studio with his wife.

He is also the Commercial Director of Brightwater, along with several other business ventures. 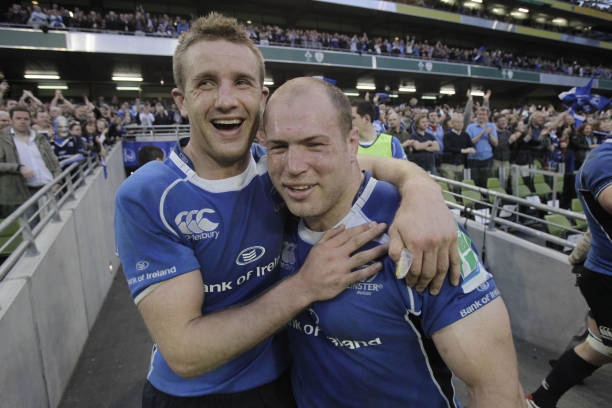 In Jun 2016, Luke Fitzgerald was forced into retirement, aged 28, following a neck injury suffered during the PRO12 final against Connacht.

Fitzgerald played 34 times for Ireland and was part of the Leinster squad since 2006; he was also part of the British and Irish Lions tour to South Africa in 2009.

Jonathan Sexton is one of just three players from the match 22 that is still at Leinster in a playing capacity.

Now, captain of the Province and the Irish national team, Sexton is in the twilight of his career but is still aiming to feature in a fourth Rugby World Cup with Ireland next year. 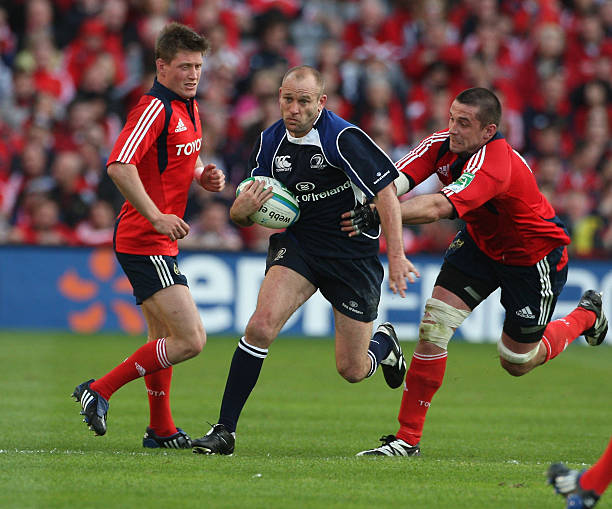 He won the Celtic League in 2008 with Leinster before winning the Champions Cup as vice-captain with the side in May 2009. The final was, in fact, his last professional game before retirement.

Following his full retirement, Whittaker took up a coaching role with Leinster.

He left Leinster to join Michael Cheika in France taking up the defence coach role at Stade Francais in 2012. He has since held coaching roles with Narbonne, Montauban, Sydney Rays, and the Waratahs. 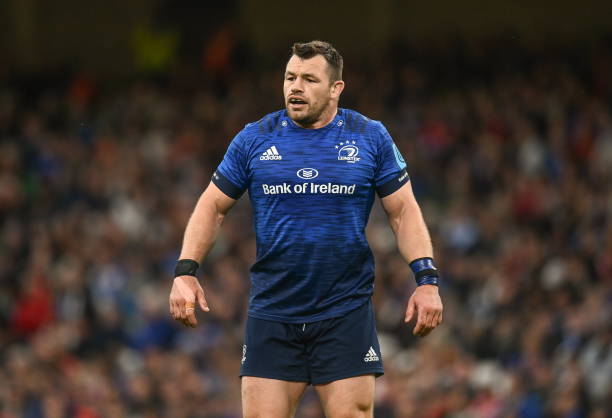 Another member of the current Leinster squad who is still going strong.

Cian Healy is nearing 250 appearances for the Province, and in total, he has won four Champions Cups, seven league titles and a Challenge Cup.

He is another player who could win their fifth Champions Cup. 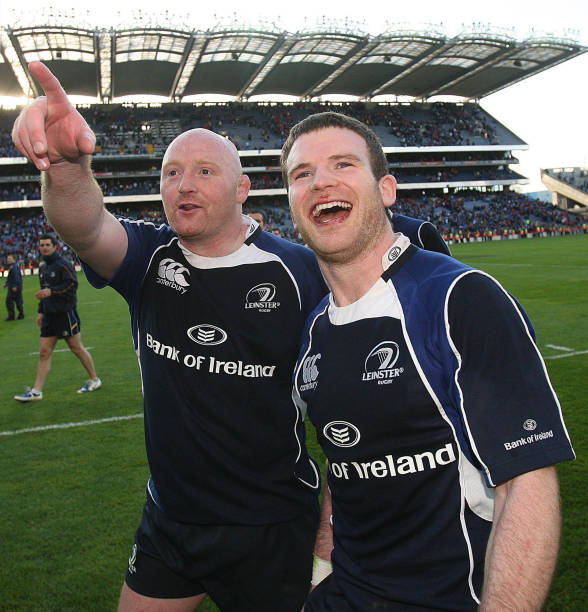 Bernard Jackman retired from professional rugby in 2010 due to concussions.

The former Ireland international won the Challenge Cup with the Sale Sharks and the Celtic League and Champions Cup with Leinster.

In 2011, he joined Grenoble's coaching staff as a consultant before becoming a full-time staff member in 2012.

He took over as the French side's head coach in 2016 before moving to the Dragons a season later. After 18 months, he parted ways with the Welsh outfit and joined Bective Rangers as the side's head coach.

Jackman was a columnist for the Sunday Independent and a Keynote speaker away from the rugby pitch. He is now a pundit for the likes of RTE Sport and ie.42. 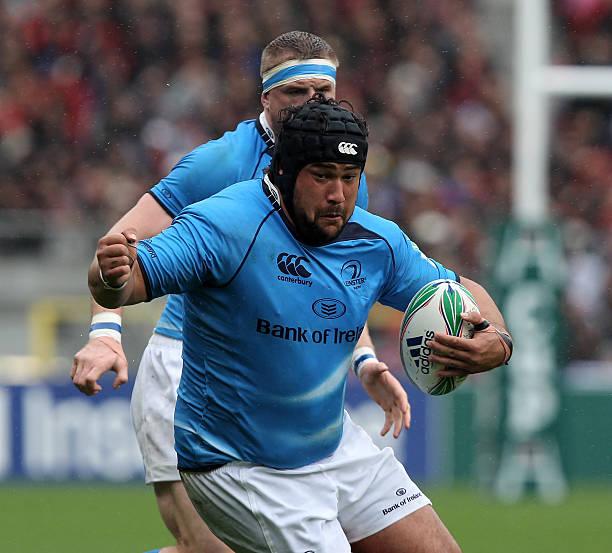 The powerful tighthead prop went on to win another Champions Cup title with Leinster before retiring in 2016 following stints with French clubs Stade Francais, Narbonne, and Oyonnax.

Stan Wright is now the co-owner of EasyBuild house packs, based in Wellington and Wairarapa. He also continues to play amateur rugby at his local club. 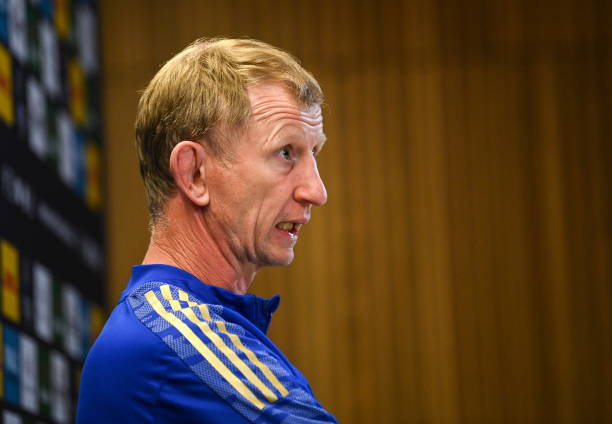 Leo Cullen has been involved in every one of Leinster's Champions Cup victories in some way or another.

Following the end of his playing career, Cullen joined the Leinster coaching staff as the forwards' coach before becoming head coach in 2015. 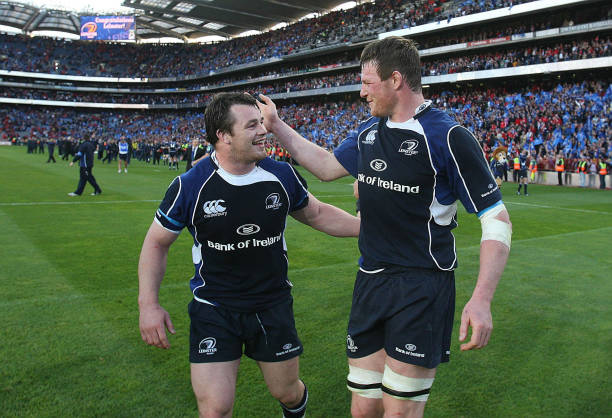 Malcolm O’Kelly called time on his playing career in 2010 , having played over 170 times for the Irish Province.

He was also a two time British and Irish Lions tourist and represented Ireland 92 times.

Since his retirement, he has started his second career in Orthopaedics. He is the Business Development Executive at Tekno Surgical.

He tried his hand at coaching in a Manager and Mentor capacity with Leinster A and the Academy shortly after his retirement and was the Snr XV forwards and defence coach at Malahide RFC.

He also worked as Rugby Analyst during the 2015 Rugby World Cup. 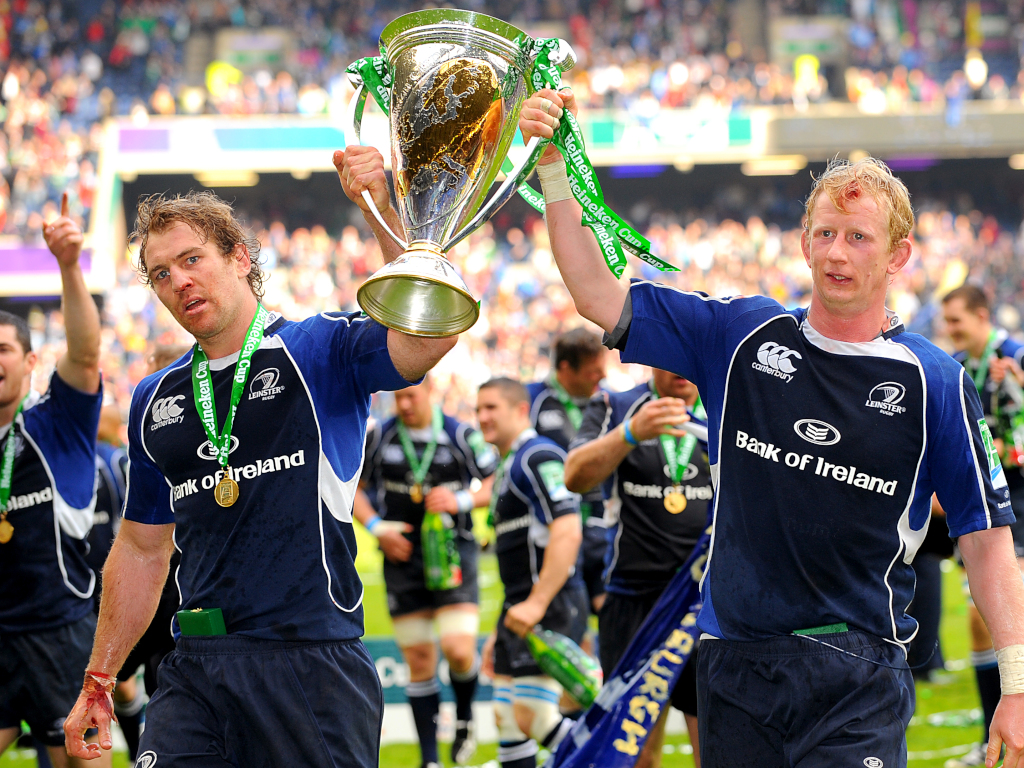 Rocky Elsom spent just one season at Leinster, winning the Champions Cup during his stint.

The former Wallaby left Leinster for a stint in Japan before completing his career with spells at Toulon and Narbonne in France.

Following his retirement, Elsom held a coaching role with the Waratahs. In 2017 Elsom fronted a consortium that sought to take over the Melbourne Rebels. 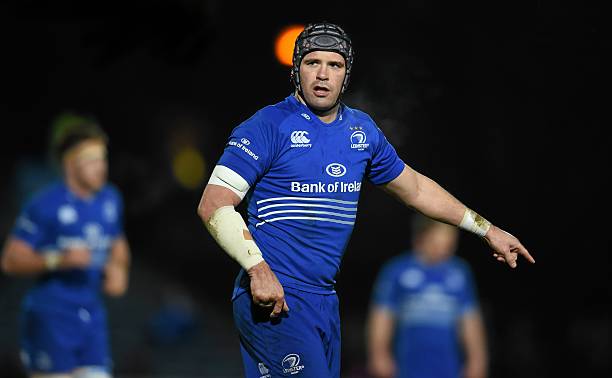 Shane Jennings finished up his playing career in 2015, making a total of 163 appearances for Leinster winning three Champions Cup, a Challenge Cup and three PRO12 titles to go with his Premiership title with Leicester Tigers.

Since his retirement, Jennings has ventured into the business world. He was the Director of Business Development for Sherry FitzGerald.

He is also an ambassador for Ronald McDonald House of Charities in Ireland and is currently the Chief Operating Officer of Home Instead Ireland. 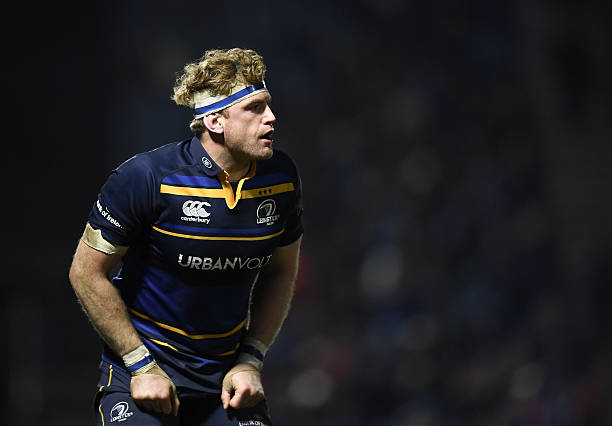 In February 2018, the Ireland and Leinster number eight announced his retirement from rugby on medical advice.

Jamie Heaslip picked up 100 Test match caps - 95 for Ireland and five for the Lions, and started all three Tests on the 2009 tour of South Africa.

Since retiring, he has done an array of media work with the likes of RTE Sport.

Heaslip has also dived into the business world with multiple companies including Stripe, VIV, UbranVolt, Lemon and Duke, The Bridge, Kitman Labs, and Sabre Management to name a few. 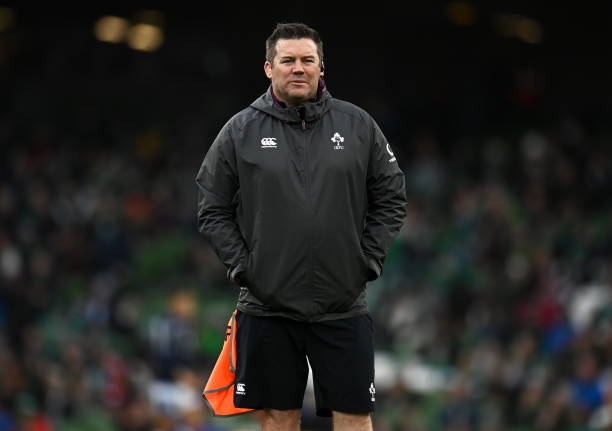 Fogarty retired in 2010 having represented Leinster, Munster and Connacht at senior level and was capped for Ireland against New Zealand in 2010.

He was appointed by Leinster as scrum coach in June 2015 after serving as an Elite Player Development coach with the IRFU for four years, John has also coached at Ireland Under-20 level and with Leinster ‘A’. John was appointed to the role of National Academy Forwards Coach in July 2019.

He is now the Ireland senior team's forward's and scrum coach. 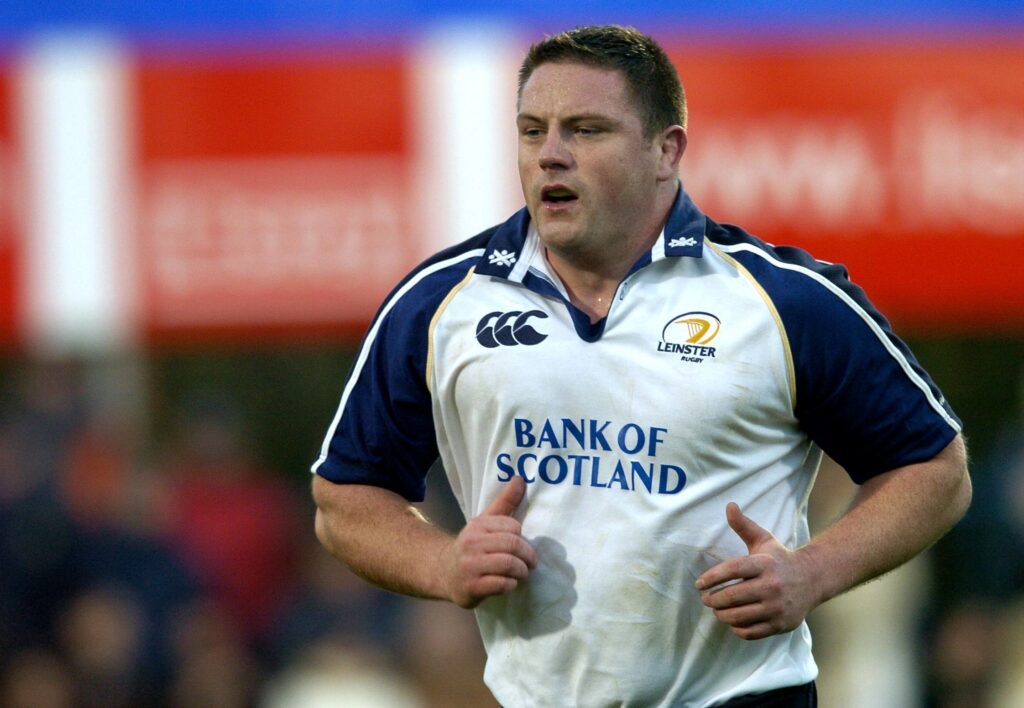 Ronan McCormack made his Leinster debut at 27 before playing for five seasons, winning 52 caps, from 2005 to 2010.

Since his retirement, McCormack became the Managing Director of Grayling Property Management. 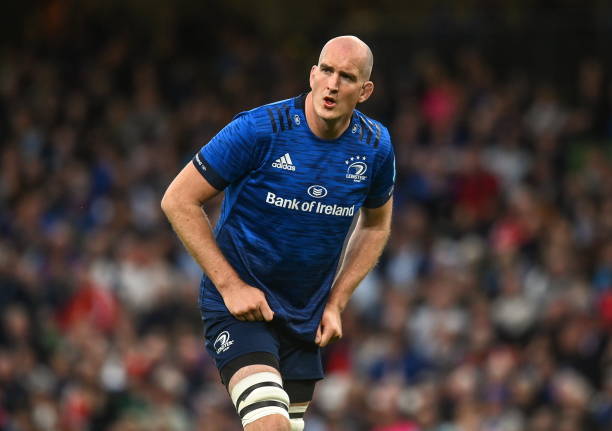 The final member of the squad who is still playing today, Devin Toner is in his final season as a professional.

He won 70 caps for Ireland, won three Six Nations winners’ medals and was a member of the 2018 Grand Slam winning side. During his time with Leinster, he has to date won four Champions Cup titles, a Challenge Cup title and seven league titles, as well as becoming the most capped player in Leinster history. 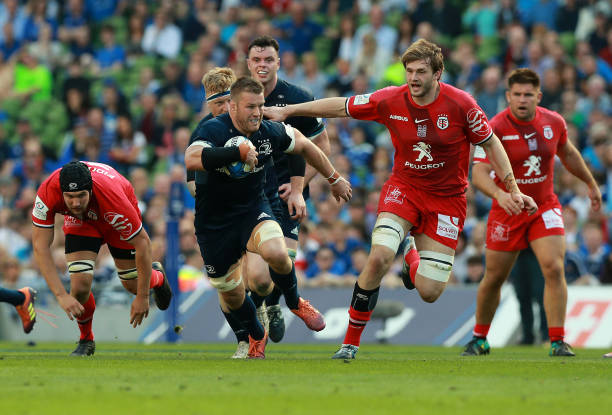 Sean O’Brien is finishing off his career this season with Premiership club London Irish. 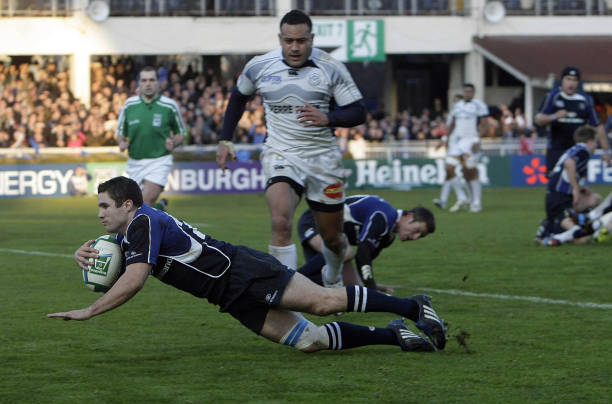 Upon retirement, Simon qualified as a solicitor and is now CEO of Rugby Players Ireland the representative body for professional rugby players in Ireland. 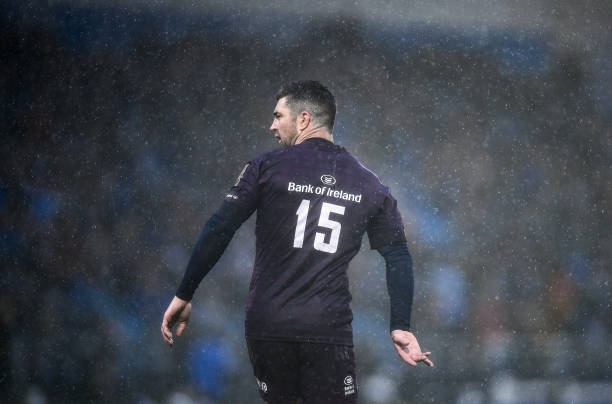 Rob Kearney brought his career with the province, after 219 appearances and 238 points, to an end in 2021.

He joined the Australian Super Rugby team, Western Force and spent one season at the side before announcing that a Barbarains' game would be final match.

The recently retired fullback has been a Non-Executive Director of Mason Alexandre for some time now as well as an Ambassador of Children’s Health Ireland and Concern Worldwide. 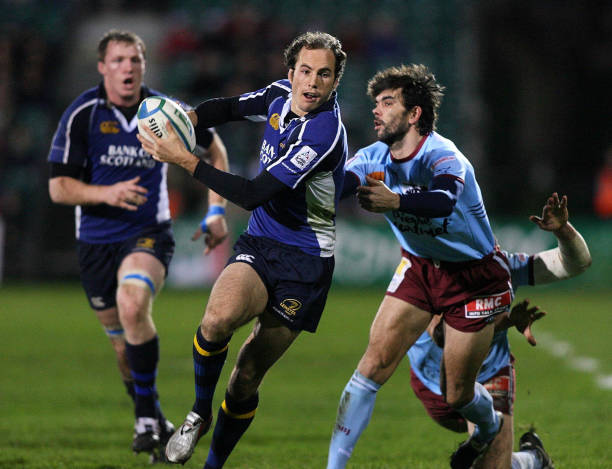 Dempsey called time on his career in 2010 retiring with 173 caps for Leinster and 82 for Ireland.

He won three Triple Crowns with Ireland, adding two Celtic League titles and a Champions Cup title to his tally.

Following his retirement, Dempsy moved into a coaching taking on a role at Leinster which was followed by the attack and backs role at Bath.

In 2021, Dempsey was appointed as the new Head of Rugby at Bristol Bears' partner school, Colston’s.