James King and Sam Parry ruled out with injuries The Ospreys medical team have ruled out forwards James King and Sam Parry for the festive period after the pair picked up injuries this month. Read more 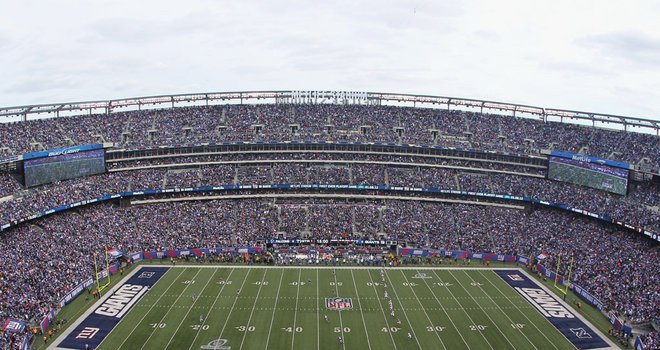 Seven teams will participate in Major League Rugby's inaugural season in the coming months, and according to rugbytoday there are talks of more teams joining in 2019.

Rugby Today has confirmed that the tournament would expand to New York in 2019, with tentatively named Rugby Club New York. Full story

Bath Rugby have announced that winger Levi Davis has signed an Academy contract with the club.

The explosive winger has been a regular in the Bath United team this season and scored on his first team debut in the 26-22 victory against London Irish last month. Full story

Munster have confirmed that Lions defence and assistant coach JP Ferreira has officially signed on with the club until June 2020.

The 34-year-old makes the move from Super Rugby side Lions Rugby where he held the position of Defence Coach since 2013, helping the side to a Currie Cup Championship in 2015 and consecutive Super Rugby finals in the last two years. Full story 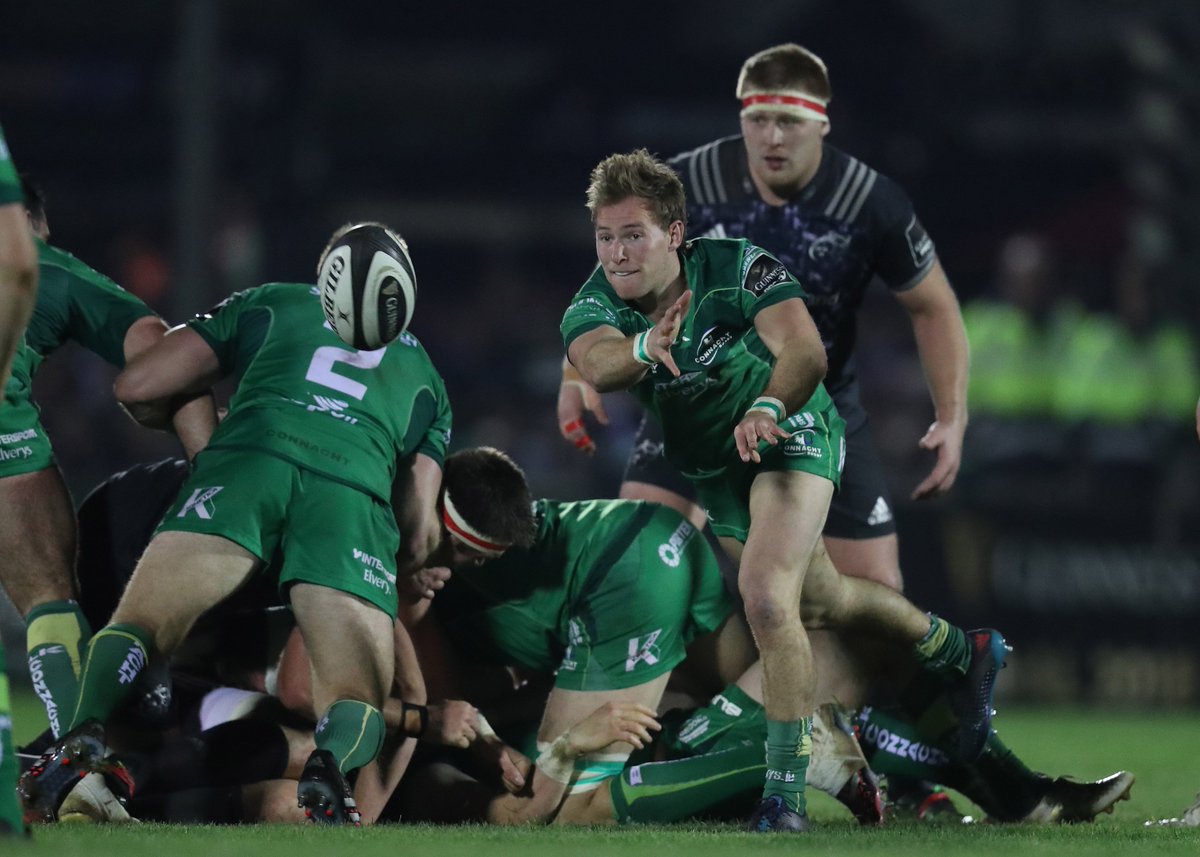 The IRFU and Connacht Rugby have announced that Irish international scrum half Kieran Marmion has extended his contract with Connacht up to the end of the 2019/20 season.

Marmion joined the Connacht Academy in 2011 and since his arrival in the Sportsground he has made over 130 appearances for Connacht, winning a PRO12 Championship medal in 2016. Full story Wilson's main role will concentrate on the forwards and Costello's primary focus will be on skills development and exits, whilst also supporting the wider team to help achieve the rugby department goals. Read more The Black Ferns have been named Team of the Year for the first time ever, topping off a night of successes for the World Champions and women's rugby at the ASB Rugby Awards in Auckland.

Black Ferns Coach Glenn Moore was named the ASB Coach of the Year, for his leadership in a World Cup campaign that captured the hearts of a nation, all while dropping only one match throughout the year. See full list of winners here

Scarlets tight-head prop Nicky Thomas has joined Dragons until the end of January as cover after Brok Harris was ruled out for four months following shoulder surgery.

Thomas, 23, played for Wales under-20s for two seasons and returned to Wales from Gloucester by signing for the Scarlets last autumn. The front rower has played eight games for the region since his switch to Parc y Scarlets, before going out on loan to Bristol at the start of the current campaign. Since arriving in the Sportsground in 2016, the 26 year old has made 25 appearances for Connacht.

Speaking on his decision to extend his time with Connacht, Conor Carey said:

"I returned to Ireland and signed for Connacht in 2016 and since then I feel I have settled in well to the squad. This is an excellent place to improve and develop to be a better all-round player under the guidance of an excellent coaching staff. I want to continue to make regular appearances here and to contribute to the success of Connacht in the future."

Highly respected rugby identity and board member Phil Thomson will take over as Chairman of the Plus500 Brumbies board following Rob Kennedy's decision to step down from the position at the Annual General Meeting held at Brumbies HQ, University of Canberra.

Thomson was appointed Chair after Kennedy indicated he would remain on the Board but would be stepping down from the Chairmanship due to increased personal and business commitments. 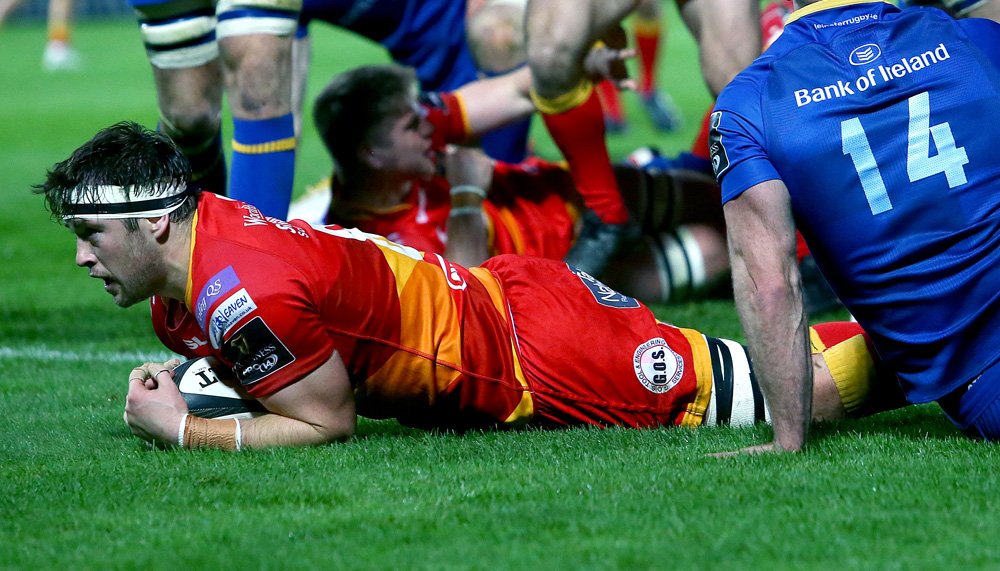 Dragons Head Coach Bernard Jackman has confirmed James Benjamin is the latest player to commit his future to the Dragons by signing a new three-year contract.

He is the latest player to extend his stay with the Region joining Welsh Internationals Elliot Dee, Leon Brown and Ollie Griffiths, as well as youngsters Jack Dixon and Joe Davies, in signing three-year contracts. 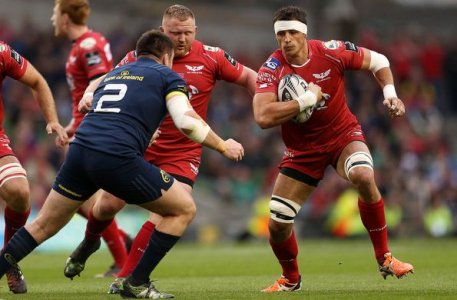 Scarlets have confirmed that back row forward Aaron Shingler has signed a new contract keeping him at the region.

Shingler, 30, has been a stalwart at the Scarlets for the best part of a decade and has amassed 170 appearances in the regional jersey scoring 19 tries. 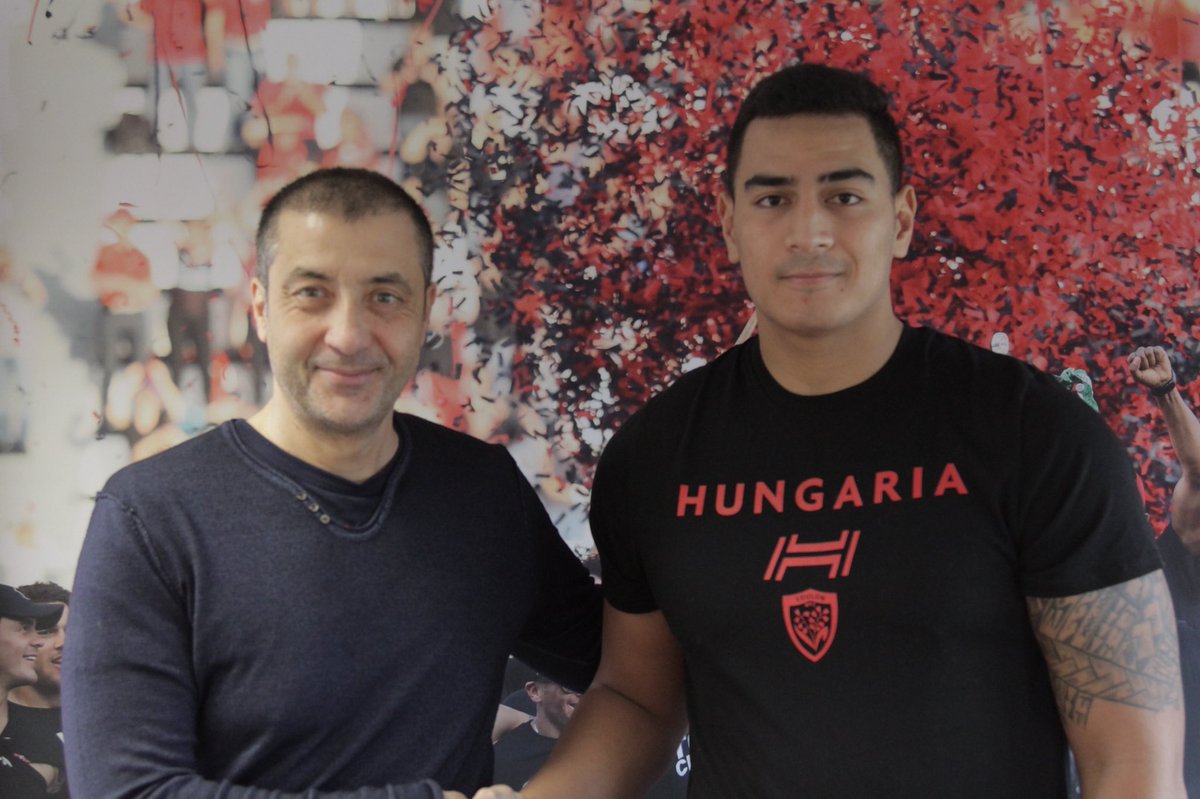 Toulon flanker Rudy Gaheteau has extended his contract at the club for the next two seasons. Northampton Saints can confirm that director of rugby Jim Mallinder will be leaving his position at the club with immediate effect due to the club's recent string of results.

Alan Dickens, the club's attack coach, will take over in the short-term position of interim head coach until a replacement is found for Mallinder.

Knee injury rules Chris Dry out for remainder of season 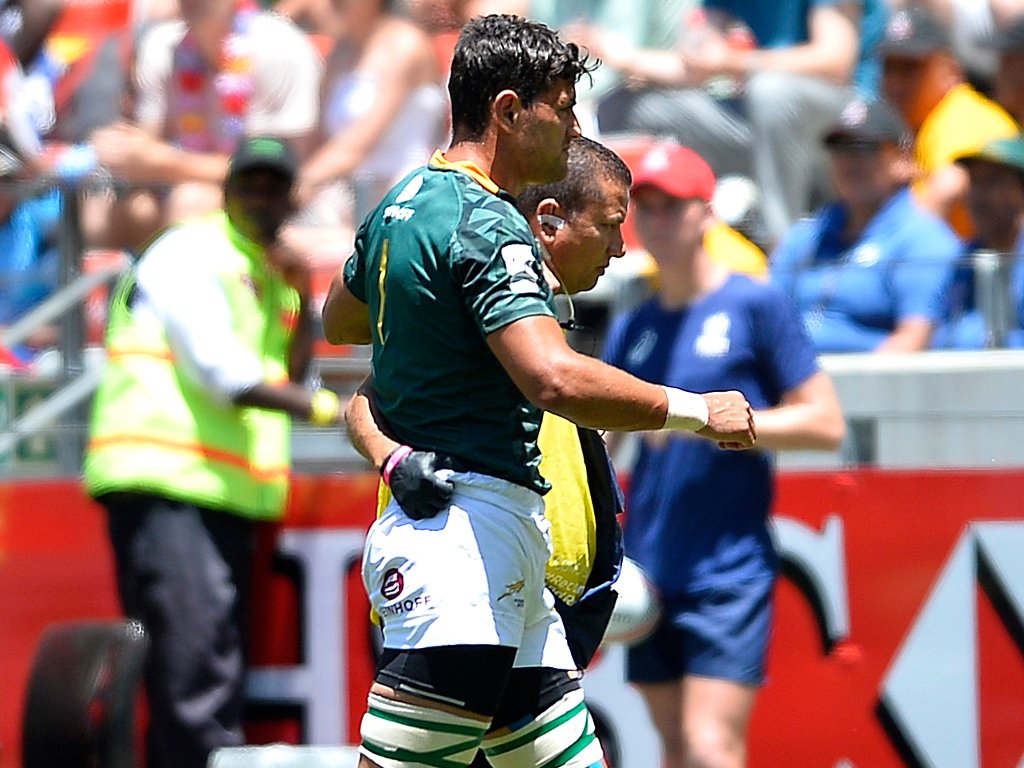 The Springbok Sevens team will be without their most experienced player for the remainder of the World Rugby Sevens Series after Chris Dry was ruled out due to a knee injury.

Rhys Ruddock has been ruled out of the Pool 3 encounter having picked up a hamstring problem midway through the second half in the gruelling 18-8 win over the reigning Premiership champions.

The 27-year-old could be ruled out for the rest of the season.

Veainu was hurt in a challenge from Munster's Andrew Conway as the Tigers full-back fielded a kick during the early stages of the second half at Thomond Park. 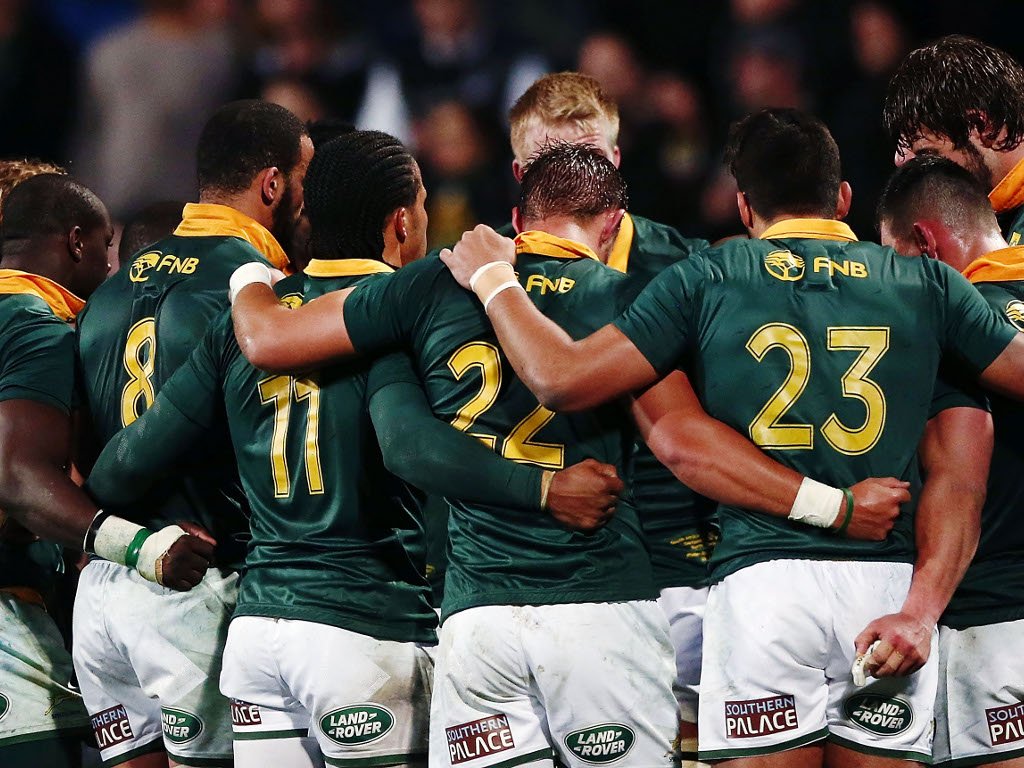 The Springboks Rugby Championship home fixtures for 2018 were confirmed on Monday with matches scheduled for Pretoria, Durban and Port Elizabeth in the 22nd edition of the Southern Hemisphere championship.

Springbok Rugby Championship Fixtures 2018 (kick off times to be confirmed):

JJ Engelbrecht returns to the Stormers 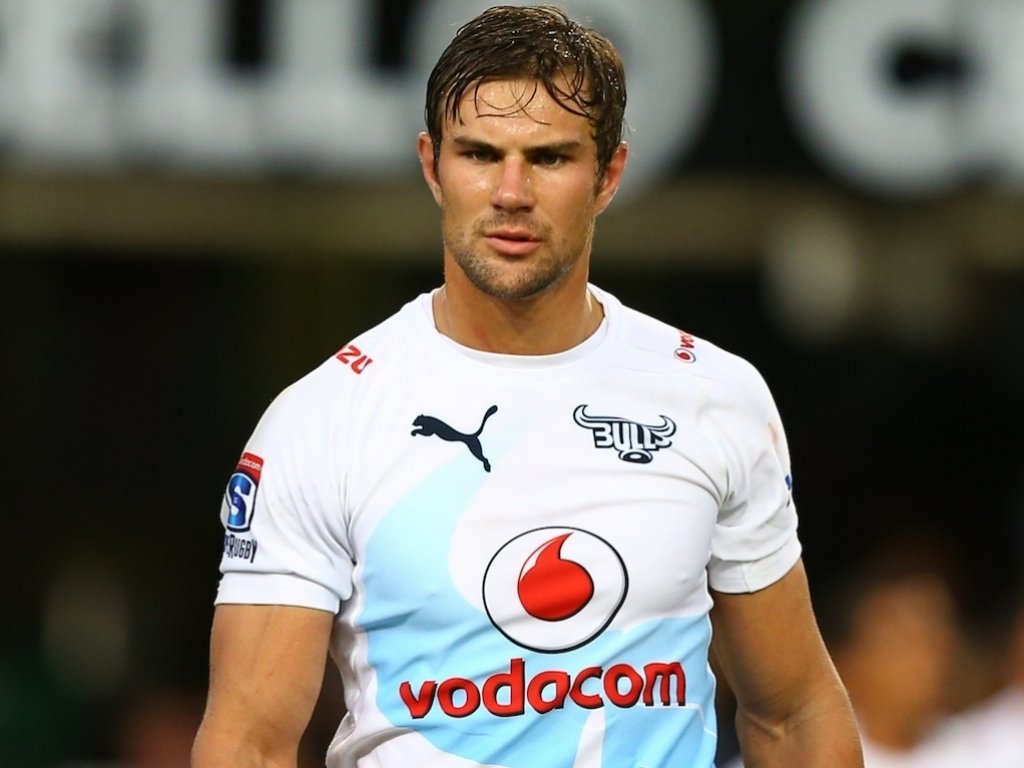 The Stormers have confirmed the return of Springbok centre JJ Engelbrech as they prepare for the 2018 Super Rugby season.

Engelbrecht will make his return to Cape Town once he has concluded his commitments with Japanese side Toyota Industries Shuttles early next year.

Getting to know Bulls forward coach