Scarlets centre Steff Hughes has signed a contract extension at his home-town club.

Hughes came through the Academy system at the Scarlets and now in his eighth season is closing on a century of appearances in a Scarlets jersey.

A former Wales U20s captain, he made his senior debut in a LV=Cup match against Saracens in 2013 and after recovering from a major knee injury has gone on to play 98 times for the Scarlets.

The 27-year-old centre has worn the captain’s armband when club captain Ken Owens has been on international duty for the last two seasons, establishing himself as a regular in the Scarlets midfield.

Hughes’s two tries in the comeback win over Connacht ensured the Scarlets will be playing Heineken Champions Cup rugby again next season. 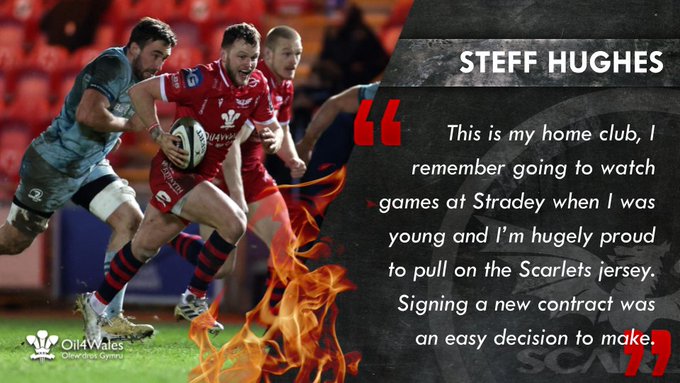