Leinster’s sombre exit from the Champions Cup yesterday heralded the conclusion of a noteworthy rugby career, that of Rob Kearney’s.

Kearney attended Clongowes Wood College and was a bright talent from a young age. He represented Ireland at schools and Under 19 levels and debuted for Leinster in 2005.

Eddie O'Sullivan picked the pacey fullback in 2007 for Ireland’s Six Nations squad but he did not see his first cap until the '07 summer tour to Argentina.

His Six Nations debut came against Italy in February 2008 and his impressive performances earned him caps in each of the 5 games. Later that year, Kearney  played the two summer tests against New Zealand and Australia. 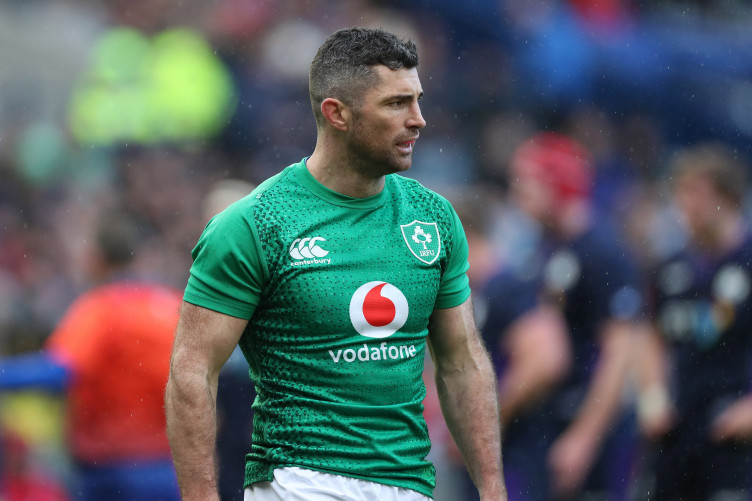 The 08/09 season saw the star continue to rise. His coolness under the high ball, counter attacking pace and prodigious left boot saw him pick up a Grand Slam and a Heineken Cup winner’s medal as well as place in Ian McGeechan's 2009 Lions squad to tour South Africa where he performed admirably.

By the time Declan Kidney took over the Irish national side, Kearney had established himself as one of Ireland's frontline players.

As his career progressed, so did the accolades, and he was named European Rugby Player of the Year in 2012, the day after his club side, Leinster, retained their Heineken Cup title.

In 2013, Kearney was once again selected for the British and Irish Lions squad for the tour of Australia.

Two years later, he was a prominent member of Ireland’s World Cup 2015 squad, and set the tournament alight scoring an Irish record of a try in three successive World Cup games.

In 2016, Kearney was ruled out of Ireland's summer tour to South Africa following a hamstring strain and was plagued by injury for the following 18 months. Joe Schmidt, however, did not give up on him and handed Kearney a starting berth against the All Blacks in Soldier Field, Chicago. Schmidt’s faith was rewarded as Ireland proceeded to defeat the mighty New Zealanders with Kearney giving one of the finest performances of his career.

With 95 caps for Ireland and over 200 for Leinster, Kearney will go down as a loyal servant to club and country. His courage, skill and flair – which made one of the most revered talents of the modern era – will be sorely missed by rugby lovers the world over.